The constant mergers and acquisitions activity that we commented on at start of the year continues.

Four moves in particular interest me as illustrating current trends:

Bluedrop and Serebra – the convergence of Education and Corporate sectors
In a surprise reverse buyout Bluedrop Performance Learning acquired Serebra Learning in January. At first glance the core one-stop SaaS offerings from these Canadian companies (CoursePark from Bluedrop and Campus from Serebra) would appear to be mutually incompatible but on closer examination there are sufficient differences between the two companies to make merger attractive.

Serebra has become a major player in Higher Education and Further Education and its functionality, course content and customer base reflect this education provenance. Bluedrop has carved a similar niche for itself in Defence, Aerospace, Energy and Health but with added expertise in low-cost simulations. The combined expertise of these two companies, sort of niche versions of Lumesse, should put them in a position to exploit the growing cross-fertilisation of Industry and Education as well as the increasing commercialisation of the education sector globally.

Twitter and Summify – personalising social media
Summify is particularly interesting for two reasons. Firstly it’s proof of the increasing innovation coming from Romania technologists (though the company has been physically located in Canada).

Secondly it’s one of the first of a new breed of “content curation” companies collecting news stories that are being shared on your social networks and putting them into a daily summary. The short-lived Summify service has made a name for itself by aggregating the most important news items from your Twitter and Facebook accounts and displaying them in easily digestible portions.

Twitter was the original “follower and followed” service but it’s not made the same progress as Summify so the acquisition and integration of the two offerings are wholly understandable.

Kenexa and Outstart – feeling the pressure and hoping the grass is greener
Two industry giants, Kenexa in HCMS and Talent Management and Outstart in LCMS and Learning Systems, have confirmed they’ll be tying the knot very shortly, mirroring the takeover in February by Oracle of Taleo. The Kenexa statement read “With the addition of OutStart’s capabilities, Kenexa will be able to offer customers an award-winning suite of SaaS learning solutions plus learning expertise and a great team with more than a decade of experience in learning management.” Commentators suggest that the learning & accreditation markets are suffering serious disruption at the moment and OutStart’s particular emphasis on knowledge sharing within organisations is ripe for innovation, something the combined expertise could deliver. As ever – the question is whether the two tribes can co-exist in a single corporation and at what point will clients feel the impact of the takeover.

Finally: Assima and Kaplan Technologies
My personal view is that Kaplan’s entry into the technologies market was ill-advised and a costly mistake. Both STT and Atlantic Link were always an odd addition to Kaplan’s Education, Academic and Professional Academies businesses … you rarely, if ever, see such a mixture succeed any more than that created when publishing companies buy eLearning generic eLearning companies.

Assima on the other hand is an organisation steeped in technologies and the sale of product-based services: like STT it was spawned from the SAP and ERP industry, (where it was originally known as DACG), and it understands how to use technology in learning and performance support on a major scale. Assima previously shunned the “conventional” eLearning market due to its core focus on Software implementation and exploitation, particularly using sophisticated EPSS, Simulators and Context-sensitive learning. But it makes sense to broaden the offering to its established international corporate clients by moving into eLearning. 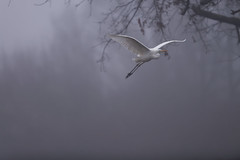 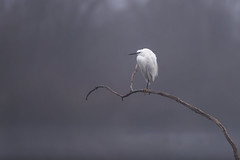